END_OF_DOCUMENT_TOKEN_TO_BE_REPLACED

Workplace and school violence is a serious problem. In the US, there are more than 15 million incidents every single year. One of the steps to reducing these incidents from happening is to recognize the warning signs that lead to violence.

This article will go over a list of common warning signs that you and your security guards should learn to look out for. For more workplace violence prevention training, check out this on-demand webinar on identifying and mitigating workplace violence as a security operator.

*Note - These warning signs should be considered in totality, not one-off.

Attendance Problems - Most people call out sick or come into work late at some point in their lives. If you have a security guard that consistently comes to work a couple minutes late every so often, you probably shouldn’t worry. This is talking about people who are consistently 10 or 15 minutes late and call out sick regularly.

Bullying - Bullying among your employees can be hard to catch. The best way to look out for it is to take rumors seriously and start paying attention for signs of physical or verbal abuse.

Cruelty to Animals - Like bullying, this is something that you can usually only look for after someone else has called it to your attention. But if someone has a willingness to commit an act of violence on an animal, there is a good chance they’re willing to do the same or worse to another person.

Disciplinary Issues - This can include a few of the other warning signs on it’s own. If someone is consistently late, bullying other employees, or getting into arguments with customers, violence could follow.

Domestic Violence (DV) - Domestic violence can spill over into the workplace in a few ways. A victim of domestic violence - in a vulnerable state - could turn around and lash out the abuse they have been receiving on a coworker or customer.

At the same time, the abuser could confront the victim at their place of work, potentially hurting the victim as well as bystanders.

Drug & Alcohol Abuse - Drug and alcohol abuse warp a person’s perceptions and judgement which can quickly lead to violence. Looking out for this can be as obvious as alcohol on the breath and impaired motor skills. But being aware of abuse of drugs like painkillers is just as important.

Immersion in Social Media - Checking social media activity of your security guards or client’s employees can reveal some of these other warning signs. Constant social media use is common in today’s world, but sometimes you will be able to notice signs of depression, radical religious or political views, and many more of these warning signs in someone’s social media behavior.

New Fascination with Weapons - The emphasis here should be on “new.” If you know that one of your security guards has a passion for hunting or comes from an extensive military background, this warning sign is less concerning on it’s own.

But, if all of a sudden an employee is showing a big interest in weapons of any kind for any reason, you might want to start paying close attention. 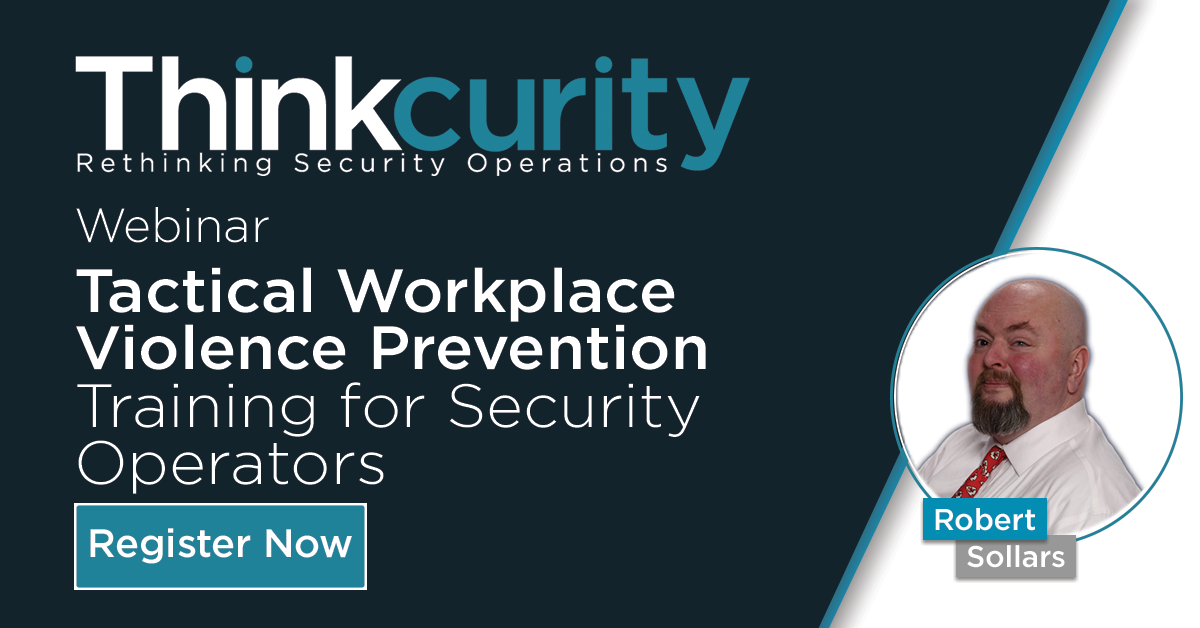 Free Expression - The first amendment protects freedom of speech in America, but that doesn’t mean all speech is a sign of normal behavior. If someone is openly talking about dark or violent topics while on the job, it could be a sign of a deeper issue.

Known Mental Health Issues - Surprisingly, mental illness is a relatively uncommon cause of workplace violence incidents - only accounting for about 10% of cases. But conditions like schizophrenia, bipolar disorder, or clinical depression can put people at risk to act out violently.

Obsession with Military & Police Tactics - Many security guards understandably will be interested in military and police tactics - especially those who have a professional background in these areas. But if it’s all they talk about and they have pushed the boundaries in the workplace before, you’ll likely want to watch them a little closer.

Poor Health & Hygiene - Some people aren’t the best at showering everyday or remembering to put on deodorant. But it’s obvious that someone goes days or weeks without showering and combing their hair or always wears dirty, wrinkled clothes, take note.

Poor health is also important to keep an eye on. If someone, for example, has a terminal illness, they might feel like they have nothing left to lose in retaliating against a coworker or an employee that pushes them close to the edge.

Simmering or Uncontrollable Anger - Be on the lookout for people who look like they’re just about to “snap.” This could be things like clenched fist, a higher pitched or trembling voice, pacing, and more.

This article on de-escalation tips for private security goes into more detail on some of these warning signs and how to respond to them.

Here are a few more warning signs of workplace violence to be on the lookout for with your security guards, client’s employees, and visitors to the property:

This article covered the warning signs for recognizing behavior that could lead to workplace violence. If you’d like more tactical information on how to respond when these incidents do happen, check out these resources: Robert D. Sollars is a recognized expert on security issues, specifically workplace violence. He’s spent 32 years in the security field and 24 studying, writing, & speaking about workplace violence. He has more than 150 media appearances including articles and interviews with television, radio, and newspapers. He started his career as a security officer with a national security company in 1983 and despite being blind, since 2003, he has continued to write and speak about important issues in security to save lives and protect property.